We provide the best foot and ankle care at the comfort of your home throughout Chicagoland of Cook, Kendall, Will, Lake, Kane, DuPage, McHenry counties , we will see You within 24-48 hrs!
We speak English, Spanish, Polish and Russian.

Plantar warts are widespread, particularly in children, and are located on the underside of the foot. These warts are benign skin growths which result from a virus. There are several strains of the virus. The viral infection will usually affect the top layer of skin. These warts are not harmful but can cause some irritation or mild discomfort. Most of the time, a person has them removed because they are unattractive and make him or her feel awkward about revealing his or her feet. Plantar warts are small, similar to the size of an eraser end on a pencil. Additionally, they can grow in clusters referred to as mosaic warts.

How does a person get warts?

Warts usually spread through indirect contact. In many, situations a person with a wart touches or uses something, as a communal shower, without wearing shoes or covering the wart and then another person uses or touches the same surface, picking up the virus. The risk of passing along warts this way isn’t very high, however. The main culprit is a weakened immune system. A compromised immune system leaves a person vulnerable to getting another infection. It is easier to contract the wart virus after being sick, and it is relatively common to get one after suffering a cold or the flu.

How are warts treated?

Once the virus that causes warts has entered the foot, usually through a tiny cut or another opening in the skin, it establishes itself in the deeper layers of tissue where it can be protected, growing and multiplying and eventually resulting in the fleshy growth that is visible on the bottom of the foot. In fact, the fleshy growth that is visible is usually a small fraction of the actual wart, most of which is buried beneath the tissue. To eradicate them, plantar warts require professional treatment to penetrate to these deeper layers to eliminate the entire wart. Over-the-counter medications are not strong enough to remove the entire wart, enabling the wart to grow again. Warts can be treated with cryotherapy to freeze the virus, killing it and preventing re-growth, or with lasers or other procedures to destroy the entire wart. 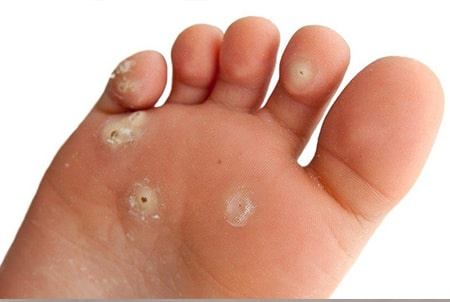 Dr. Gelbmann is wonderful, he comes to my home on regular basis and i can’t say enough how great he is.” Read More

Great doctor and easy to set up home visit, i recommend this place for all home bound people.” Read More

Chicago home foot care is wonderful, they will take great care of you!” Read More

Great home foot care, Doctors are professional and well equipped in case of any unexpected issues that might arise.” Read More

I was very satisfied with overall experience at this, they took excellent care of me.” Read More

Everyone is professional, nice and friendly. We always have great time.” Read More

From scheduling appointment to visit itself the process was nice and easy. Doctor took time to explain everything in details, I was very pleased with overall experience.” Read More

Chicago Home Foot Care was established when our Doctors noticed that many of their elderly patients were unable to keep their appointments due to difficulties arranging transportation, challenges caused by their overall physical state. As a result , our doctors were seeing foot conditions that were escalated to a serious level. By arranging house calls our Doctors are now able to follow up with patients on a regular basis and provide necessary care when needed.

Please call us today we can help you or your close one in need of foot doctor care to receive it in the comfort of your home, please see Dr Vadim Goshko video, to know who would be qualified by Medicare or private insurances for housecall

All Rights Reserved | 2017 | Crafted by Greenwebmedia.com